Kresse Wesling MBE of Elvis & Kresse talks about actionism over activism, the importance of sharing knowledge and the unbearable guilt of take-aways.

A self-confessed waste nerd, Kresse is one half of sustainable luxury brand and social enterprise Elvis & Kresse. Alongside her partner Elvis, she rescues decommissioned firehoses from landfill and transforms them into bags and accessories, donating 50% of profits to charity.

“I wouldn’t describe myself as an activist. I’m an actionist,” she says in her warm Canadian accent. “You wouldn’t see either of us at a protest. We just want to do the work.” Instead of telling people to change, Kresse shows the way that life can be lived, and businesses can be run. “It’s a very profound kind of activism,” she says.

“I wouldn’t describe myself as an activist. I’m an actionist,”

Talking to Kresse, it quickly become clear that she is a walking, talking blueprint of how to live a green life. She only buys from social enterprises, B Corps or eBay, uses only renewable energy, public transport, and (pre-pandemic) took the decision to limit air travel.

“Slowly but surely we are chipping away at everything that doesn’t fit and that we can swap out”, a task she says is becoming easier thanks to open-source technology and sharing of knowledge. They are currently designing an open-source solar forge. 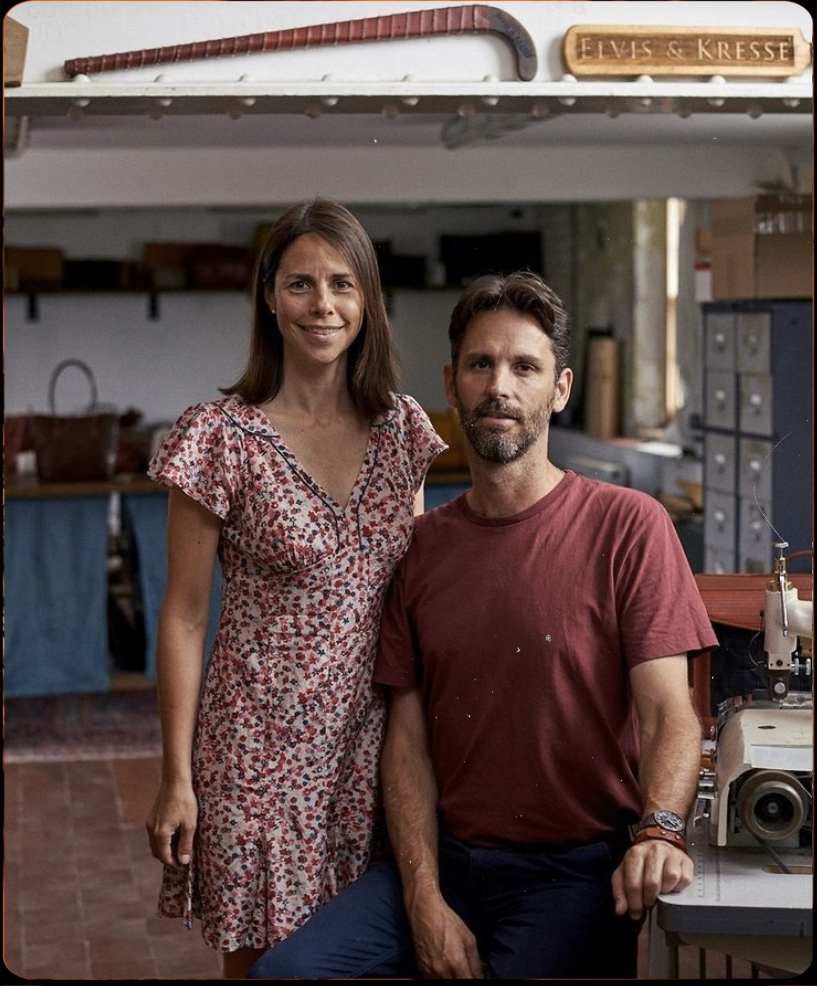 While they haven’t yet hit zero waste as a household, they are coming close. Their penchant for pizza once a week and the ensuing waste was bothering Kresse until lockdown provided the perfect opportunity to finesse her sourdough pizza-making skills. “It feels like I’ve taken a big chunk of waste out of our week”. She takes Tupperware to collect takeaway.

“The guilt I feel having a takeaway curry with eight or nine pots outweighs the enjoyment of the curry. But if I can take the pots in then great.”

Having grown up in Alberta, Canada, Kresse’s CV encompasses investing in green technologies, founding a biodegradable packaging business in the early 2000s (which didn’t work out because the first shipment biodegraded in transit), and tackling the “huge problem with single-use everything” while living in Asia. 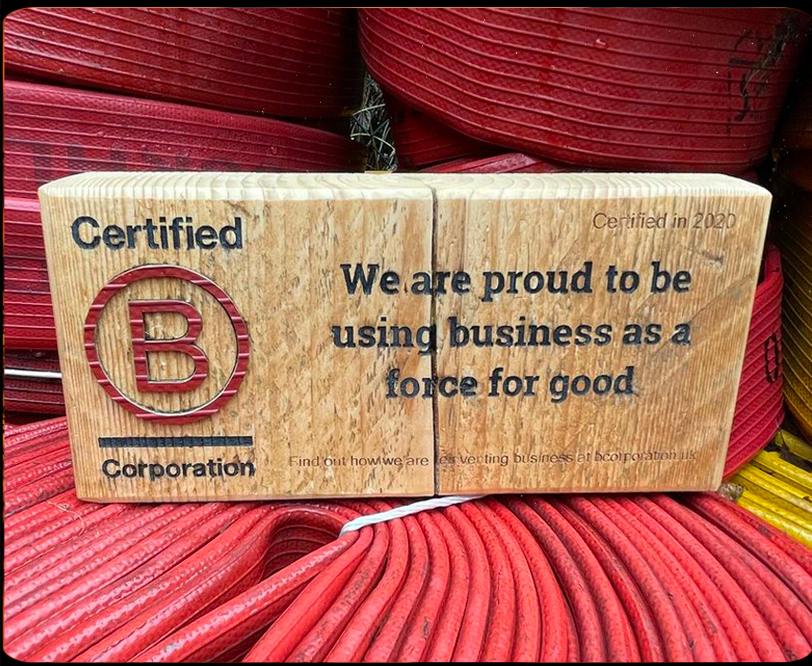 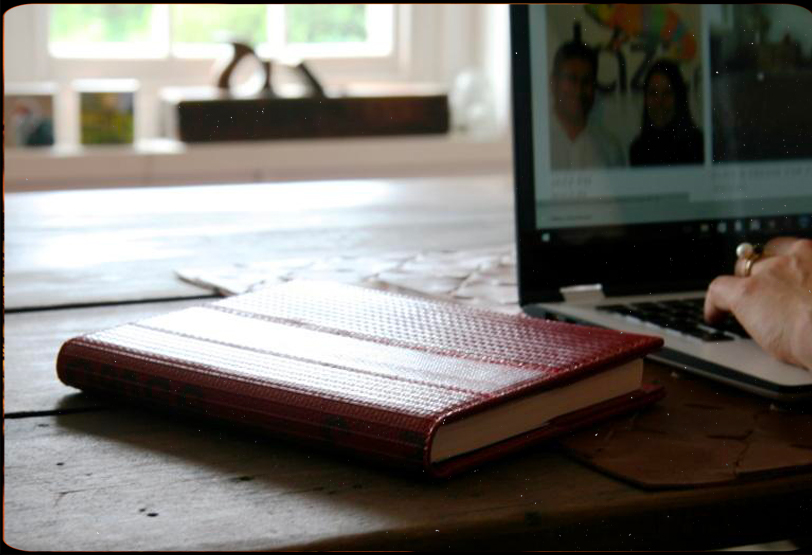 In 2004, she founded Elvis & Kresse, now an esteemed B Corp, after a chance encounter with the London Fire Brigade.

When she first came to the UK from Hong Kong she was interested in the waste situation, soon discovering that 100 million tons of waste went to landfill that year. Visiting landfill sites and waste transfer stations, she soon developed a picture of materials that didn’t belong in those kinds of settings. “Everybody has this image of burst black bin bags full of nappies,” she says. “But I saw a lot of commercial and industrial waste that was A recyclable and B reusable and C there due to sheer low cost of landfill and laziness.” It was there that she spotted a firehose.

Later on an auditing course (“as boring as it sounds”) she got chatting to some people from the London Fire Brigade and set her goal to solve London’s firehose problem. 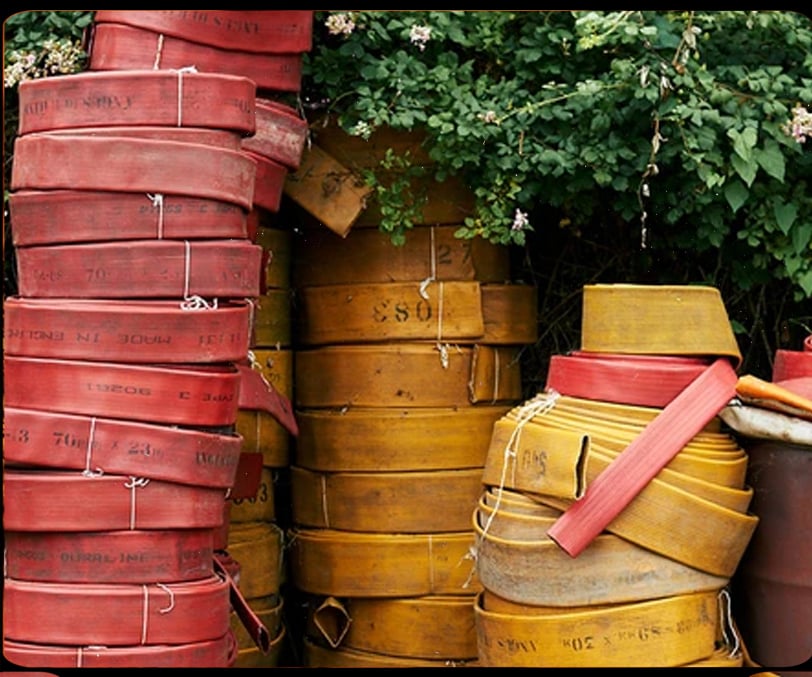 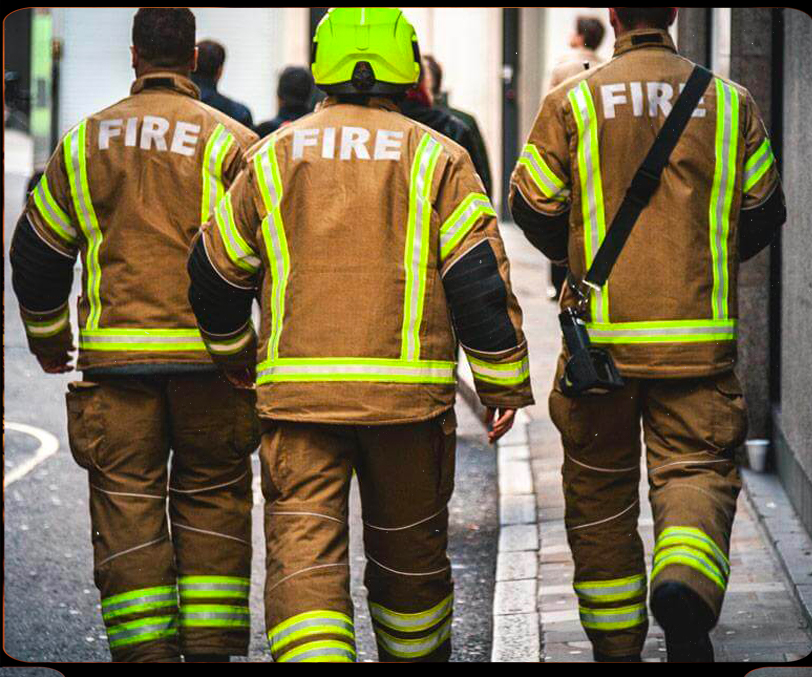 Elvis & Kresse now rescues and transforms all the decommissioned fire hoses in London and beyond. As the fashion industry continues to struggle with its ethics, this brand, unusual in its social enterprise business model, has already achieved its aim. The Elvis and Kresse goal is now much more ambitious.

“We are in an industry that has structurally failed. It exploits the environment and it degrades its people. It is a net taker; it’s not a net giver.”

“We are in an industry that has structurally failed. It exploits the environment and it degrades its people. It is a net taker; it’s not a net giver. It’s not regenerative either socially or environmentally. Just because it makes money, doesn’t make it interesting. We want the industry to change. That’s how we’ve really designed the business. In 2005 people thought we were crazy and that you couldn’t run a business this way but we’ve run it this way for 15 years which means no one else has an excuse anymore.” 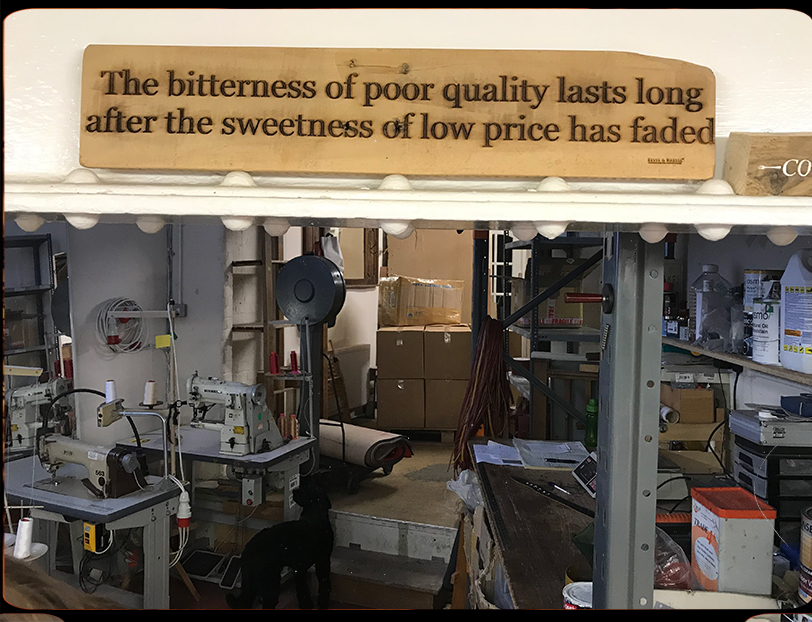 In 2017 the Burberry Foundation partnered with Elvis & Kresse to tackle the global problem of leather waste. This five-year partnership will see at least 120 tonnes of leather off-cuts from Burberry re-crafted into new luxury items, designed and sold by Elvis & Kresse.

“We wouldn’t do a fashion week; we would do a permanent week.”

The British Fashion Council recently sought Kresse’s input. “I’ve always shied away from it because fashion to me is not really where we sit. We wouldn’t do a fashion week; we would do a permanent week,” she continues.

“Because of the little time we’ve got left, it’s now about collective action, corporate action, government action, and taking these difficult decisions away from consumers.”

Kresse would consider working with the BFC if it set up an online uploading platform for her and others to share policies that each fashion brand had to commit to. She believes the ripple effect of such a commitment would extend beyond creative industries. 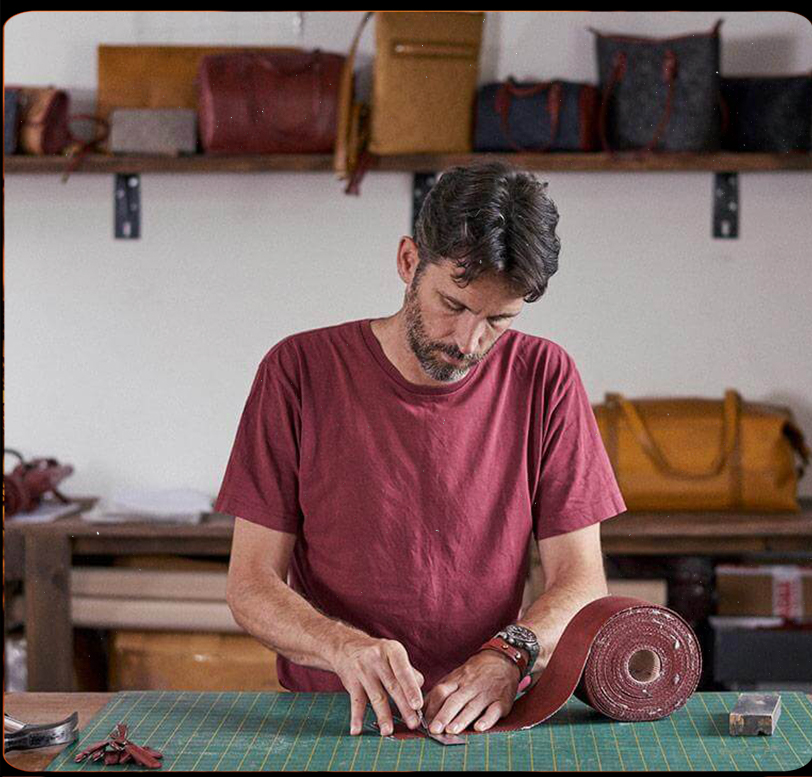 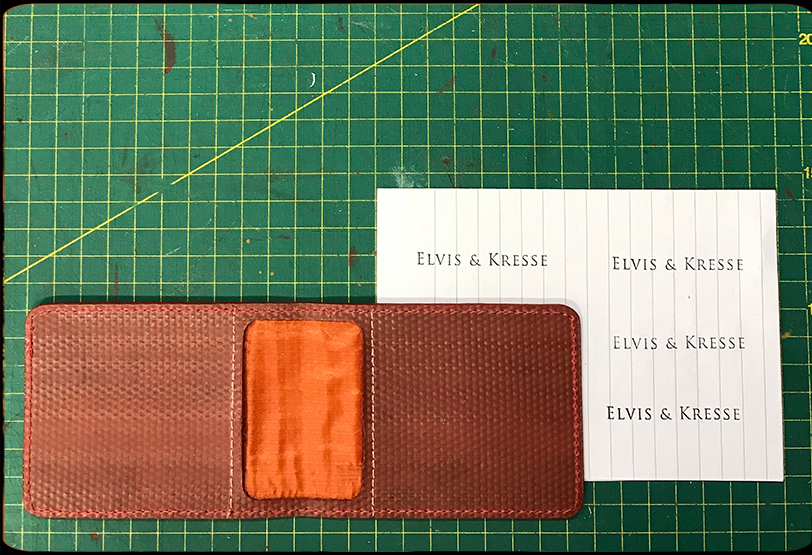 Faced with such monumental environmental challenges, Kresse remains a natural optimist, fuelled by seeing daily results “gram by gram, kilogram by kilogram” of waste being rescued.

However, she warns, those working in the climate space can suffer from pre-traumatic stress disorder: “They know what’s coming. They have been trying to warn everybody and no one is listening to them or taking their advice.”

“Think about how a pearl is formed, a bit of sand gets inside the oyster, then years and years of layers of spit basically create this beautiful thing. I think a lot of people in the environmental space are like reverse pearls because we feel like layer and layer of our optimism, beauty and wonderful contributions are gradually being eroded from us.” 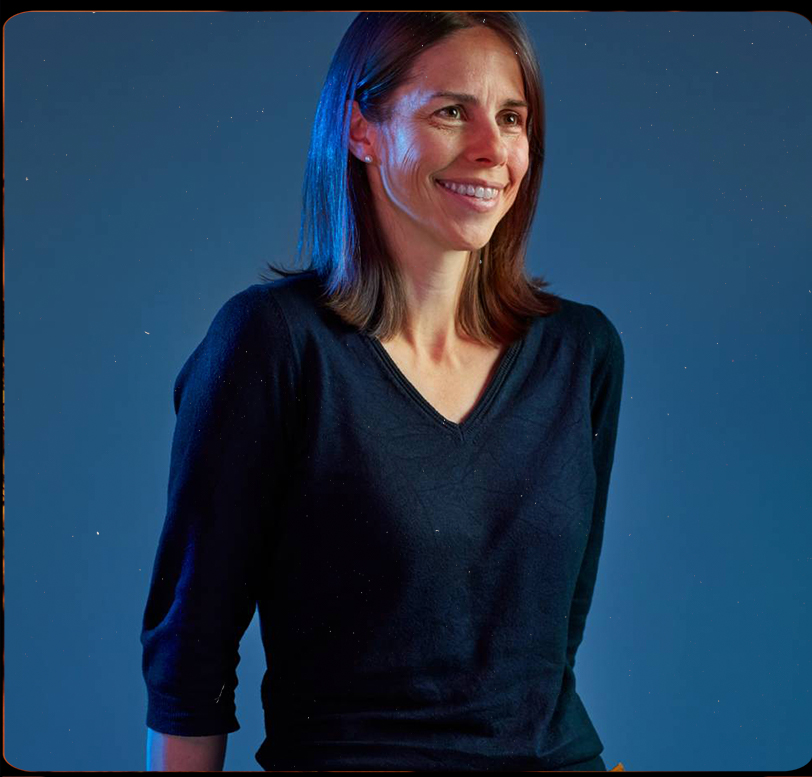 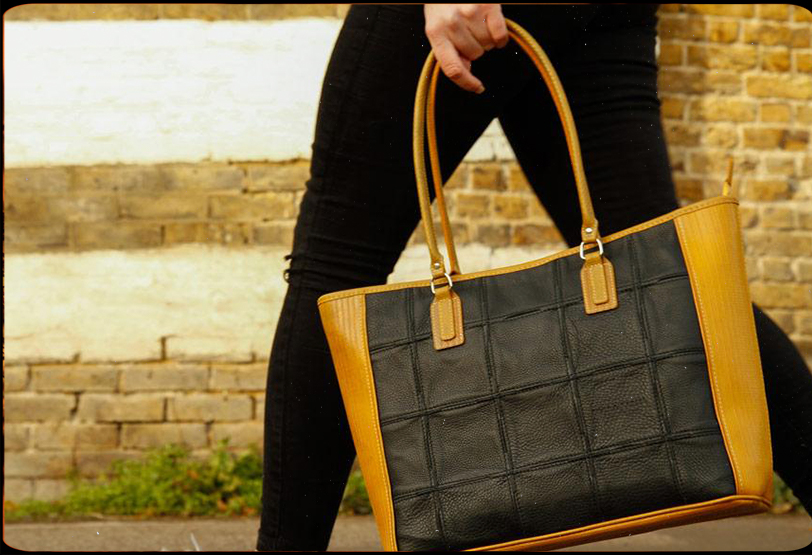 BOOKS BY THE BEDSIDE Doughnut Economics by Kate Raworth

RECENT PODCAST YOU ENJOYED We devoured Serial but more recently Jon Richardson and The Futurenauts is very fun.

DRINK OF CHOICE Red Wine. It has to be European, organic, biodynamic and B Corp, of which there are two or three.

LIFE PHILOSOPHY Do more, be better. I even have it on a firehose wristband that I wear every day.

SUSTAINABLE ICON That’s tough because there are a lot. I would have to say Rachel Carson because she got me into this. I read Silent Spring [the 1962 book credited with igniting the environmental movement] at a very impressionable age and it stuck.

FAVOURITE WEBSITE www.airminers.org It’s an index of companies and projects that are mining carbon from the atmosphere, and I just can’t get enough of it. There’s everything on there from people who are doing re-wilding projects to making diamonds from CO2, to sequestration. It’s very cool. It just shows you how cowboy and pioneering this space is at the moment.

PERIOD TALK I moved across the country to a new school at the same time that I got my first period. It was totally unexpected and I was totally unprepared. I was surrounded by a bunch of 13-year-old girls I had never met who were all awkward and really not nice. But out of necessity this was how I was able to bond with the first two girls I went to because it’s something that all girls go through. It is this shared experience that you’ve got to help out with because it’s going to happen to you one day. I would say it was definitely a very unexpected bonding experience. 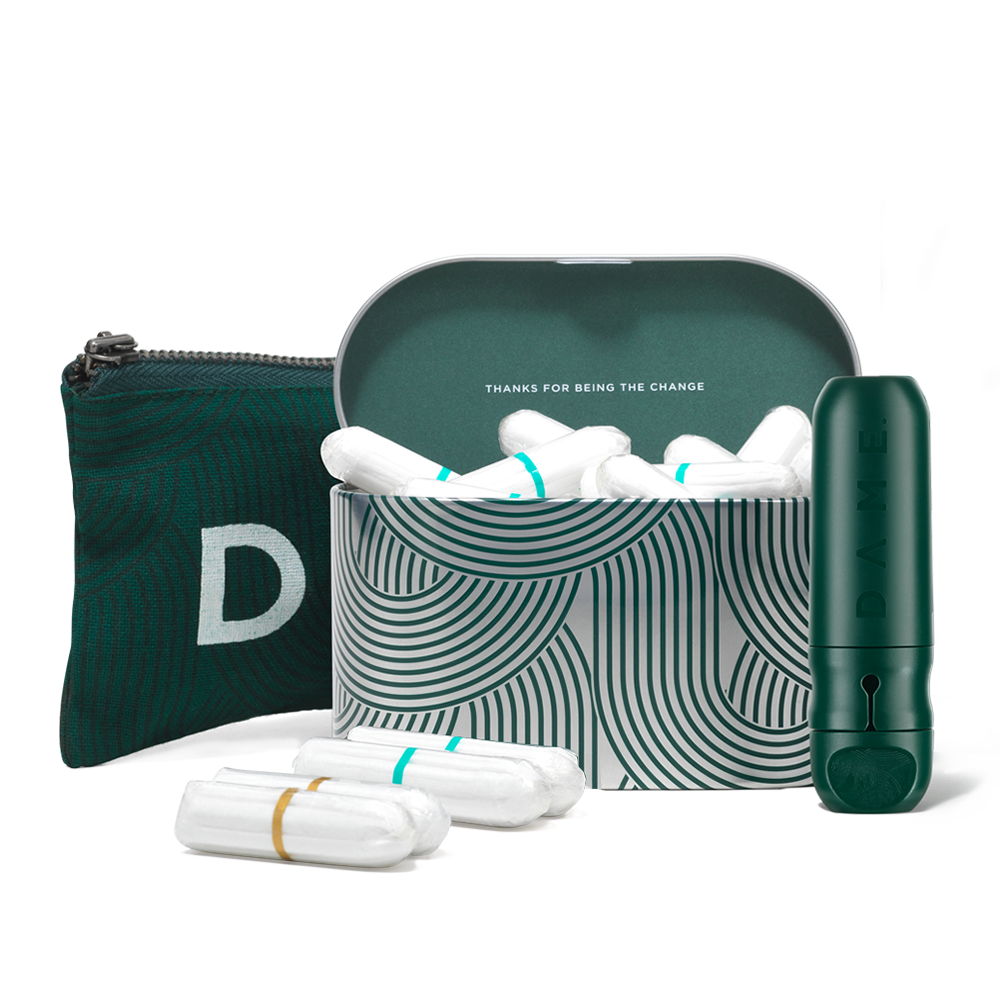