Gabby Edlin, founder of Bloody Good Period, talks menstrual equity, being aggressively ethical and why she would never work with Tampax or Always.

“We exist to make sure that everybody has period products who need them. We’re aggressively feminist and aggressively ethical. We’re a very forward-thinking, progressive organisation.” Gabby Edlin, founder of the charity Bloody Good Period, is explaining at speed her uncompromising approach to business.

Since her first call-out for period product donations on Facebook in 2015, Edlin has masterminded partnerships with period product suppliers (including DAME) delivering to around 100 drop-in centres and organisations. Recipients include asylum seekers and refugees, anyone living in poverty or temporary poverty and anyone who is unable to access the supplies that they need. Each month BGP delivers around 5,000 packs. 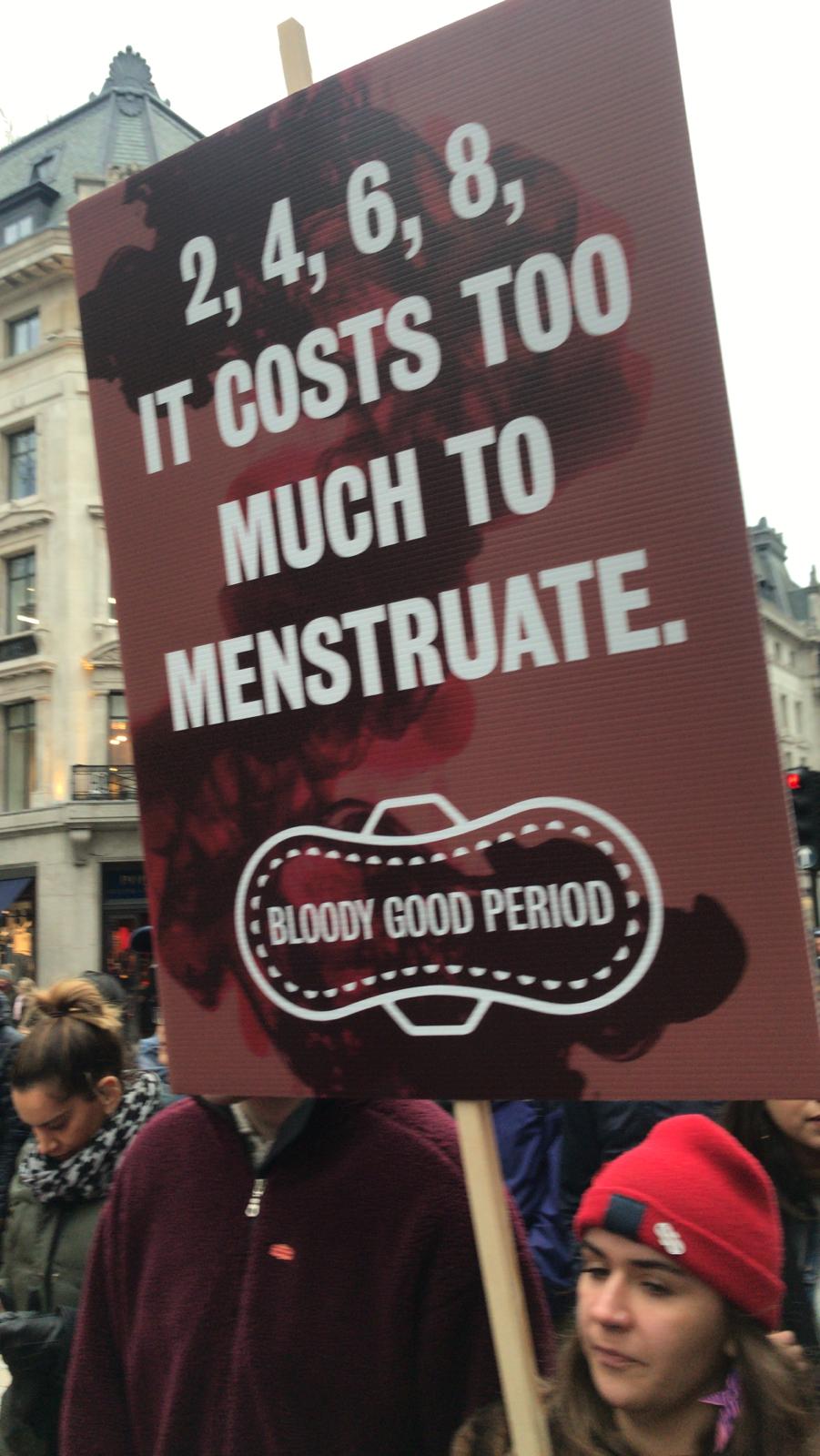 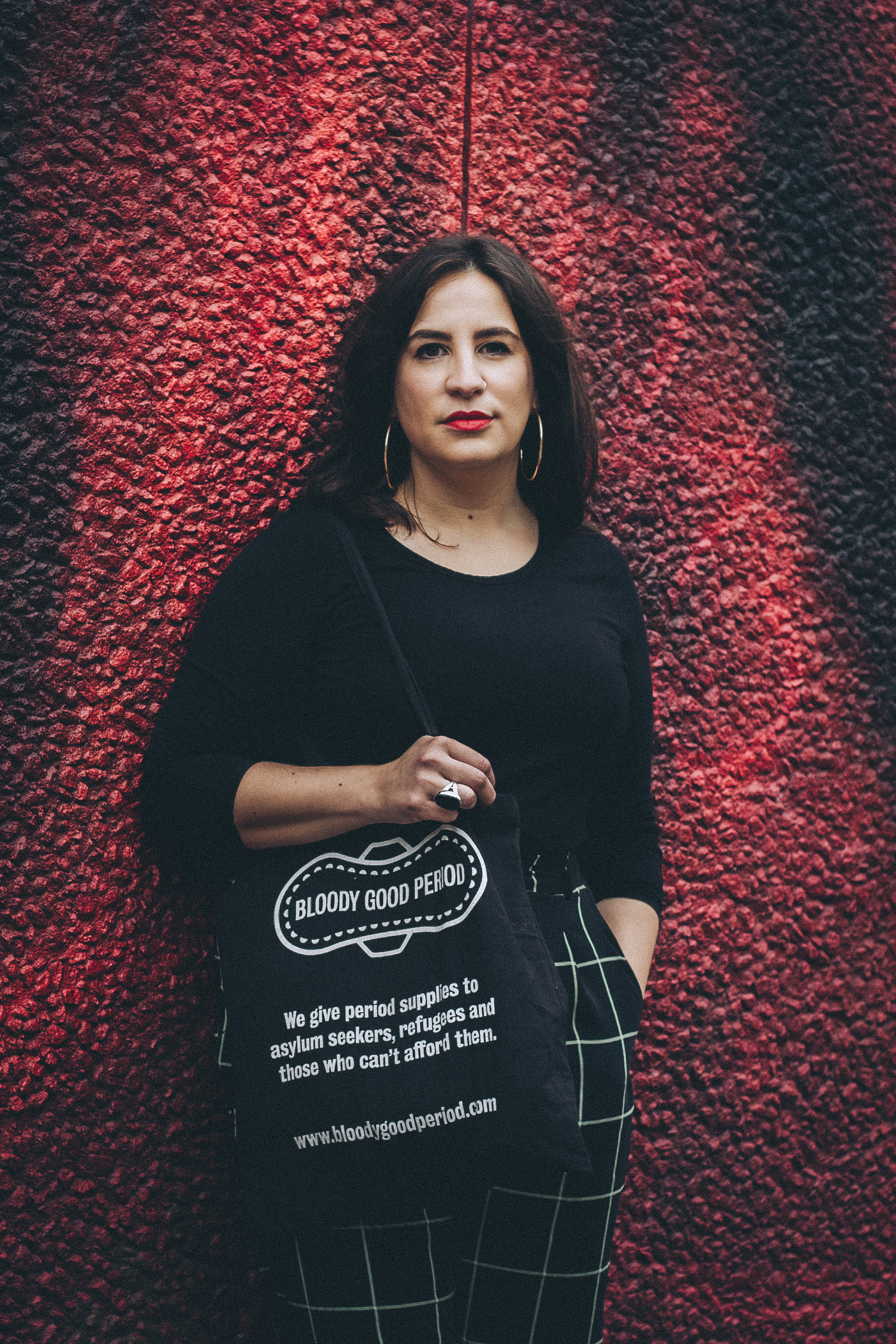 “We at Bloody Good Period believe that everyone deserves a safe, healthy period,” she wrote about a recent open CHK letter to the Government following Scotland becoming the first country in the world to end period poverty. “As you will know, we have consulted with women from refugee communities who have been forced to use old tablecloths, and even a baby's used nappy because they are not able to afford period products.”

While such examples of period poverty might seem Dickesian, it’s a bleak reality for many in the UK today. It is the reason Edlin founded BGP five years ago while volunteering at a drop-in centre for asylum seekers and refugees. 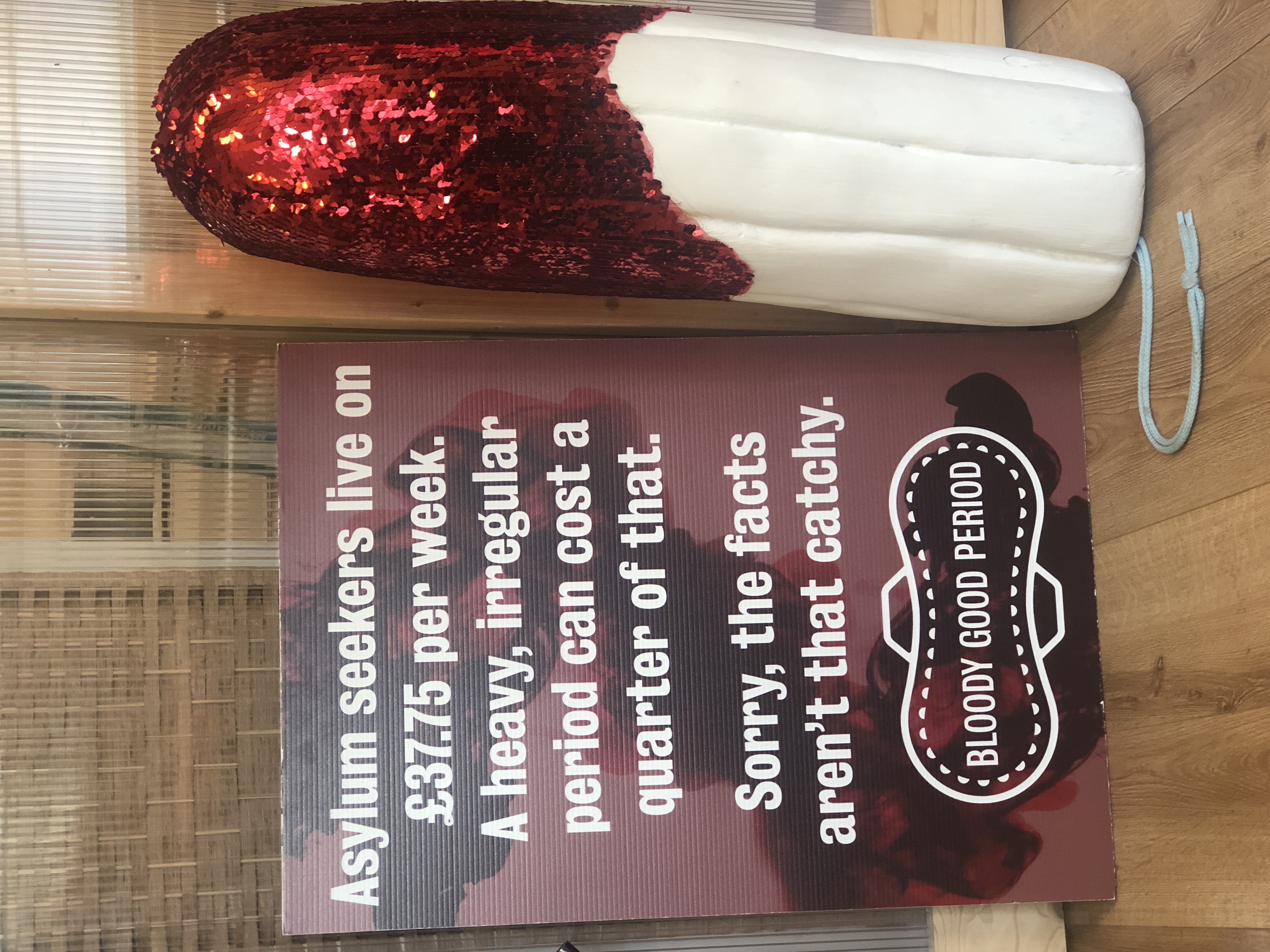 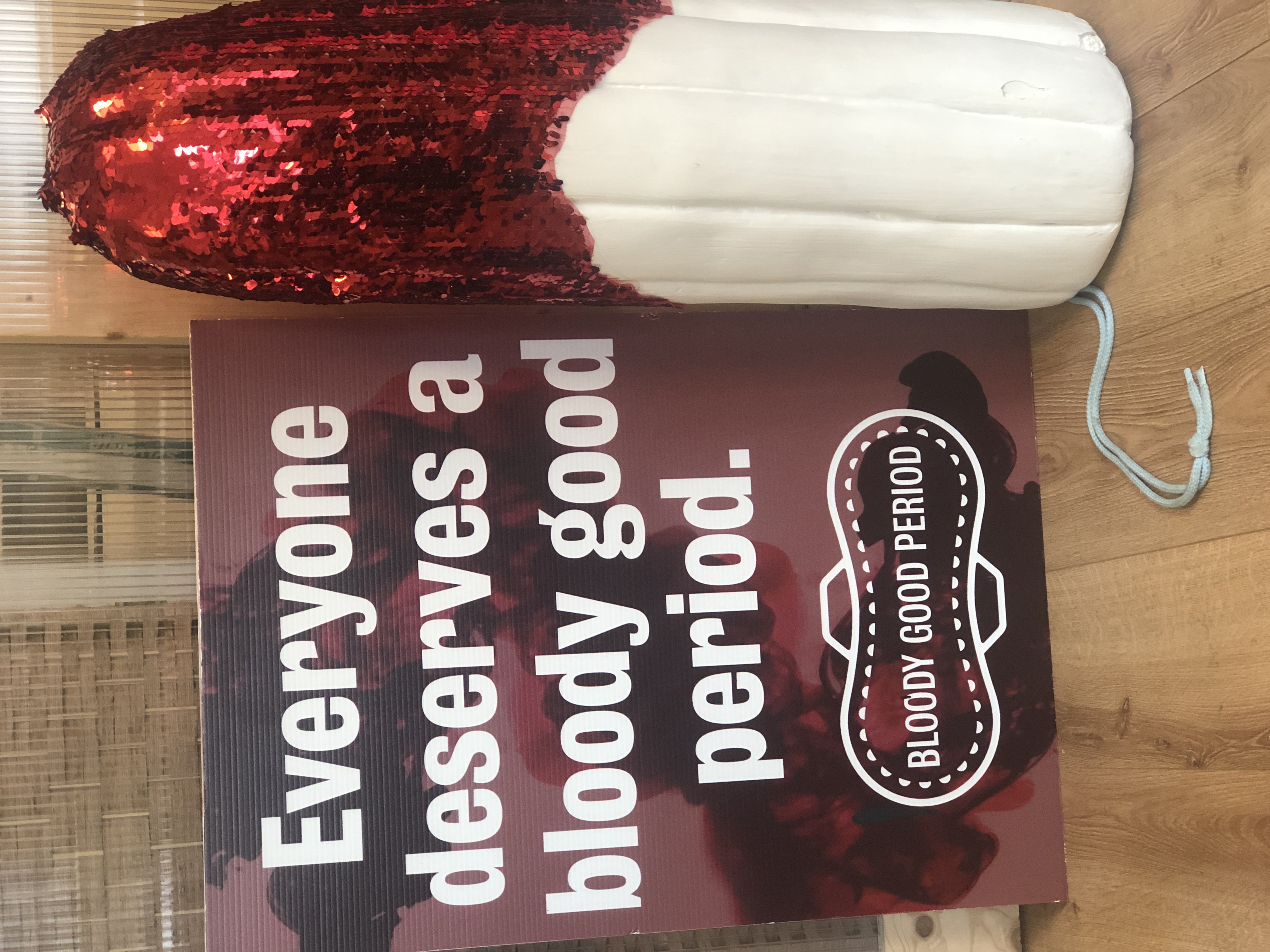 Having recently read Maya Oppenheim’s article in Vice on what homeless women do on their periods (“the answer is it’s really, really tough”), Edlin asked what provision there was at the centre for period products. The lead volunteers’ “shy and ever so slightly embarrassed” response was ‘none’. So Edlin, armed with an MA in Applied Imagination specialising in feminism for men through comedy, rolled up her sleeves and got on Facebook. “There was some terrible branding back then”, she admits.

Today, BGP exists with a core team of eight, four part-time staff and hundreds of volunteers, financed mostly through donations and grants. The grassroots charity also runs education programs about menstrual, sexual and reproductive health and this year will launch an employers’ scheme to make organisations and businesses menstrually equitable.

“If you don’t have the money to buy period products, you don’t get to have a neutral period; it’s always a bad period.”

Menstrual equity is BGP’s end goal. “It’s about neutrality,” she explains. “If you don’t have the money to buy period products, you don’t get to have a neutral period; it’s always a bad period.”

Edlin elaborates, “I don’t care if you have period pride, that to me is not the aim I’m going for. Menstrual equity is being able to do the work you want without your period affecting you, or if it affects you, then your workplace accommodating that. Being able to have your period in social situations without hiding it, being able to talk to the doctor and feel understood if you’re having really bad cramps or bleeding.” Aggressive ethics dictate that BGP would never align itself with corporations such as Tampax or Always (“not that they’ve ever offered; they hate us”) responsible for decades of intentionally marketing period shame. Edlin says such corporates continue to appropriate BGP’s language in their marketing while “people on the inside” tell of mood boards featuring BGP’s imagery.

“We at Bloody Good Period believe that everyone deserves a safe, healthy period"

However, the temptation to partner with corporates always remains. While it might even provide the means for global expansion, Edlin is adamant she’s not willing to forego her ethics or lose the ability to speak truth to power. So, what would it take for her to work with Always or Tampax in the future?

“They’d have to make all of their products plastic-free, sold at a more accessible price point. They’d have to completely change the language they use and apologise for the language they’ve used in the past. Always for example would have to think about the fact that in some countries in Africa they provide a substandard product. There’s the hashtag #myalwaysexperience to express outrage about the rash-giving pads sold in Africa but not in Europe. I couldn’t even begin to explain that thought process.”

Ultimately Edlin wants the big brands to do the kind of work that smaller brands are doing intrinsically: creating products that change the world, not just add to landfill.

“I don’t love my actual period in the same way I don’t love going for a wee, it’s just something that happens. It’s fine.”

As for her own period, “I don’t love my actual period in the same way I don’t love going for a wee, it’s just something that happens. It’s fine.” Tracking her cycle for two years was “unbelievably useful” in terms of understanding herself so when she received an implant in her arm stopping her periods altogether Edlin missed not understanding where she was in her body. “I missed not knowing how to look after myself for that time of the month”. Her period is due to return any day.

Attending a small period conference in Berlin, Edlin had a particularly heavy period. “The toilets were in cubicles, but the sink was in the main area where everyone was having their break. I had to empty my cup but I managed to get blood all over my fingers. It wasn’t one of those times where you could just wipe it off with a toilet tissue, I really had to wash it out. I just thought, ‘right, if I can’t do this now, when the hell am I going to be able to do this?’ So, I marched over to the sink, washed out my cup, washed my fingers and marched back into the toilet and put my cup back in.

“Five or six years ago I would have died if anyone had seen a tampon in my bag and there I was, washing my bloody fingers. But it was a period conference, with quite an open-minded crowd, plus I don’t think anyone saw, but it goes to show that you have to be quite active with yourself in terms of ending that shame. It doesn’t just come along. You have to challenge your own preconceptions of what’s disgusting to really change it.”

BOOKS BY THE BEDSIDE I’m reading How to fight Anti-Semitism by Bari Weiss which is not a jolly read and another very good one called Wow, no thank you by Samantha Irby.

DRINK OF CHOICE Coffee. I like to make a V60 coffee every day - it’s that filter that looks like a cup.

LIFE PHILOSOPHY My mum always says to me, and I use it too now, “this too shall pass”.

GUILTY PLEASURE Selling Sunset. I’m not at all guilty about that. No shame! 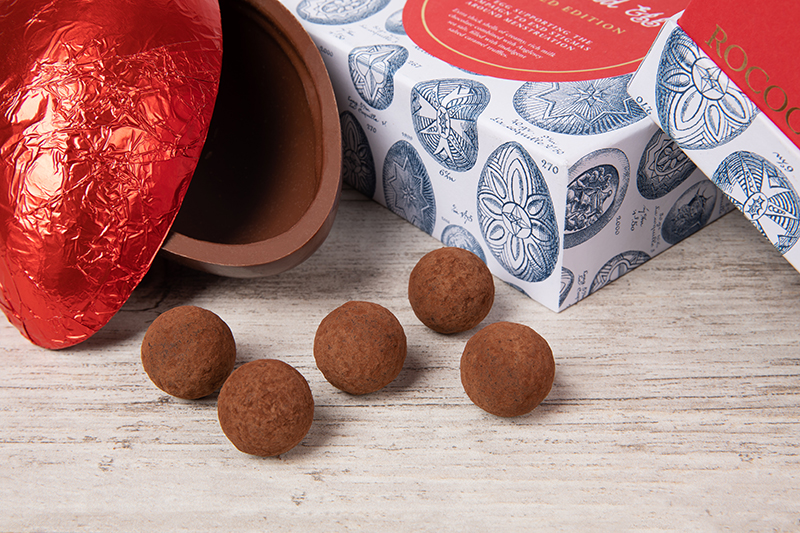 Bloody Good Period has partnered with Rococo Chocolates to produce The Period Egg, created for Easter 2021 to bring awareness to the ongoing fight against period shame and period poverty, as well as to support those who cannot afford period products.

£5 from the sale of each egg supports the campaign to end stigma around menstruation and period poverty. 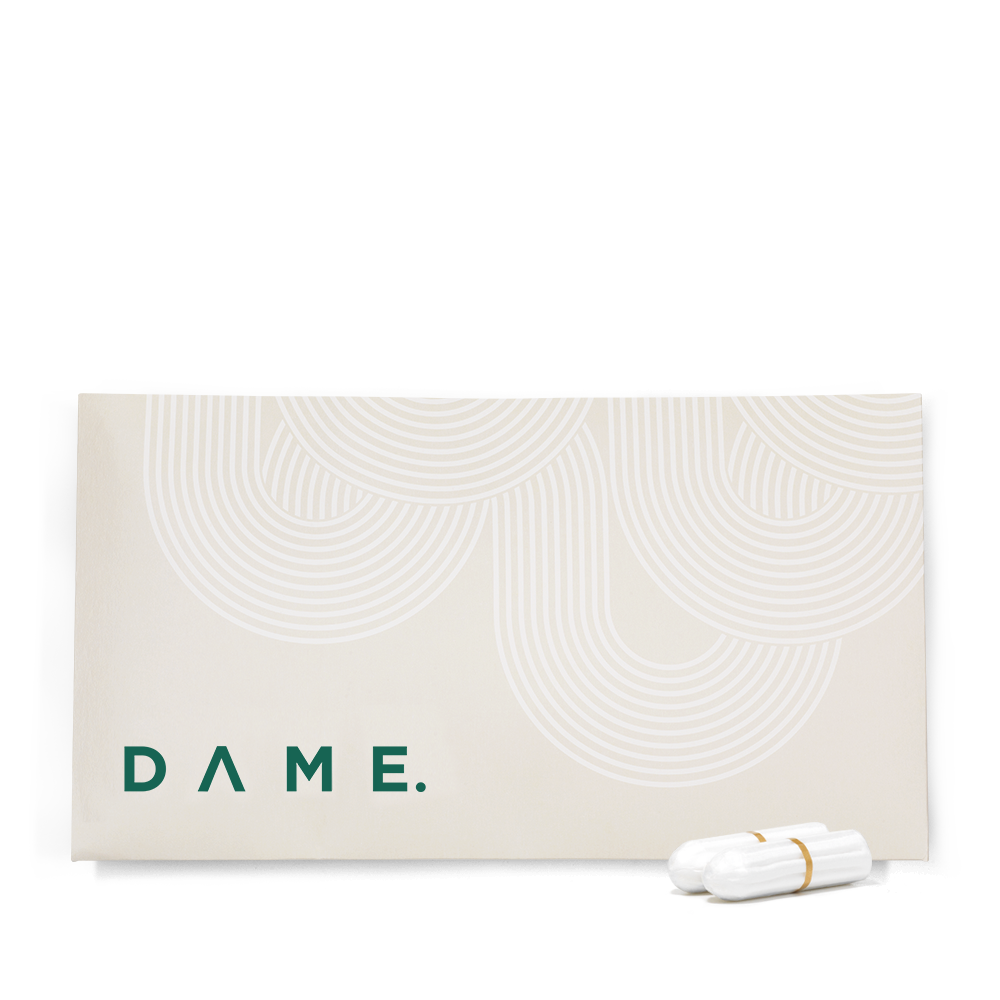