Yes you read that right, DAME is in British Vogue. A whole bloody page in the February issue, which also happens to be a beauty and body special. Neat.

It is the first ever tampon string to appear in Vogue, photographed on a woman in the magazine’s history. So it's a pretty big moment.

As one of our customers put it: about bloody time!! For too long periods have been kept in the shadows, cloaked in shame. NOT ANY MORE. Periods, and sustainable period products, are "in vogue" because they're actually in Vogue.

This is the next step in our campaign to normalise periods. An iteration of this advert appeared in The Guardian in October last year (sans string) before it was plastered across 200 iconic red London buses in December, with the string front and centre, some of which are still whizzing around London.

The natural next step in the campaign was the ultimate glossy women's magazine, Vogue. In our research at DAME HQ, the data suggests that the biggest blocker to people reusing period products is a negative association with their own period blood.

But period blood is as normal and boring as blood on a cut finger or a nose bleed. Again, it’s just blood.

In order to make periods green, and get people using plastic-free products, we need to normalise periods and encourage people to engage with their bodies. 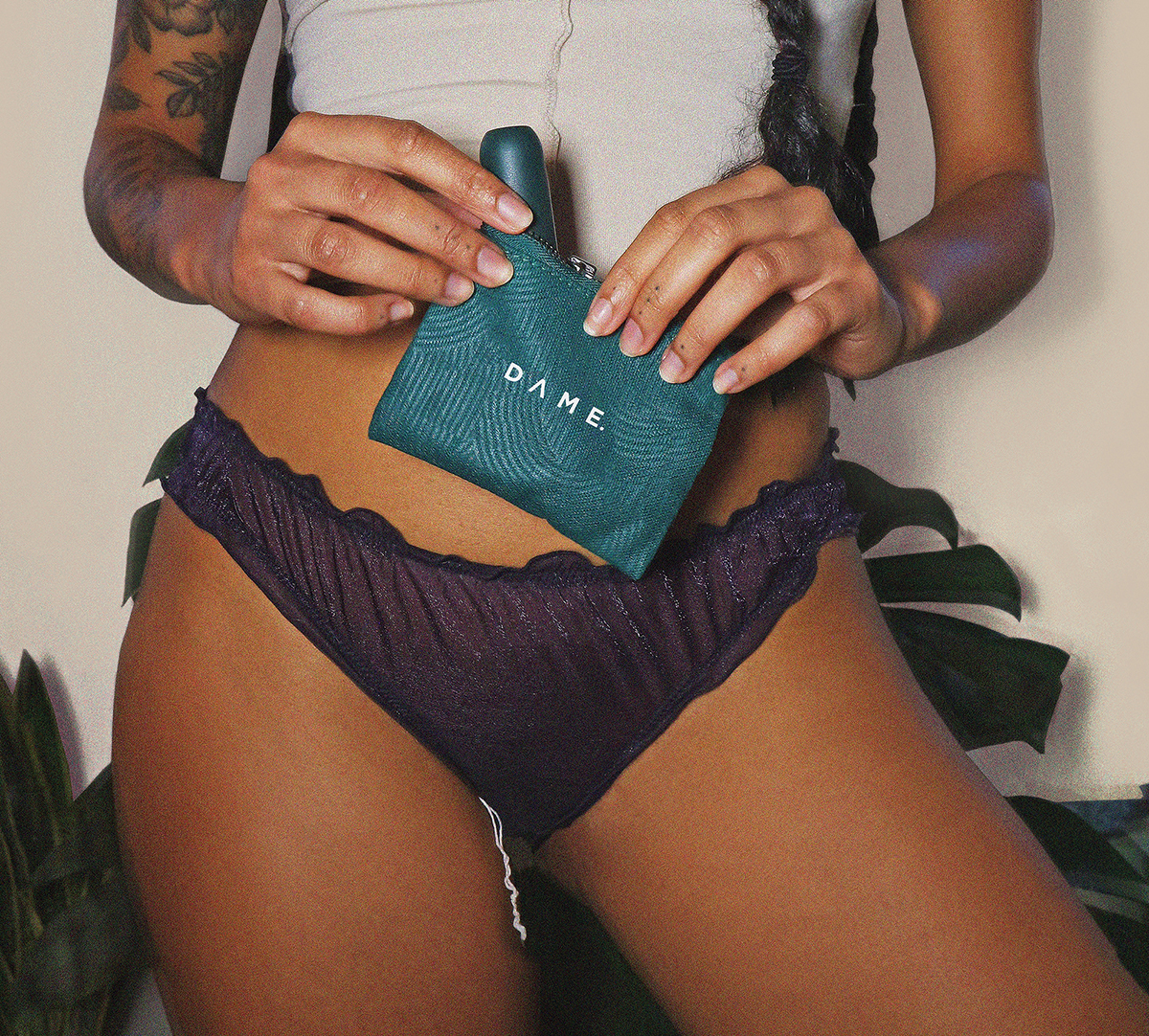 Acceptability is the biggest driver of sustainability when it comes to periods. In other words, being cool with touching period blood will end the demand for plastic-filled disposable period products.

So here we are, in Vogue, making periods cool. Stay tuned for what's next. 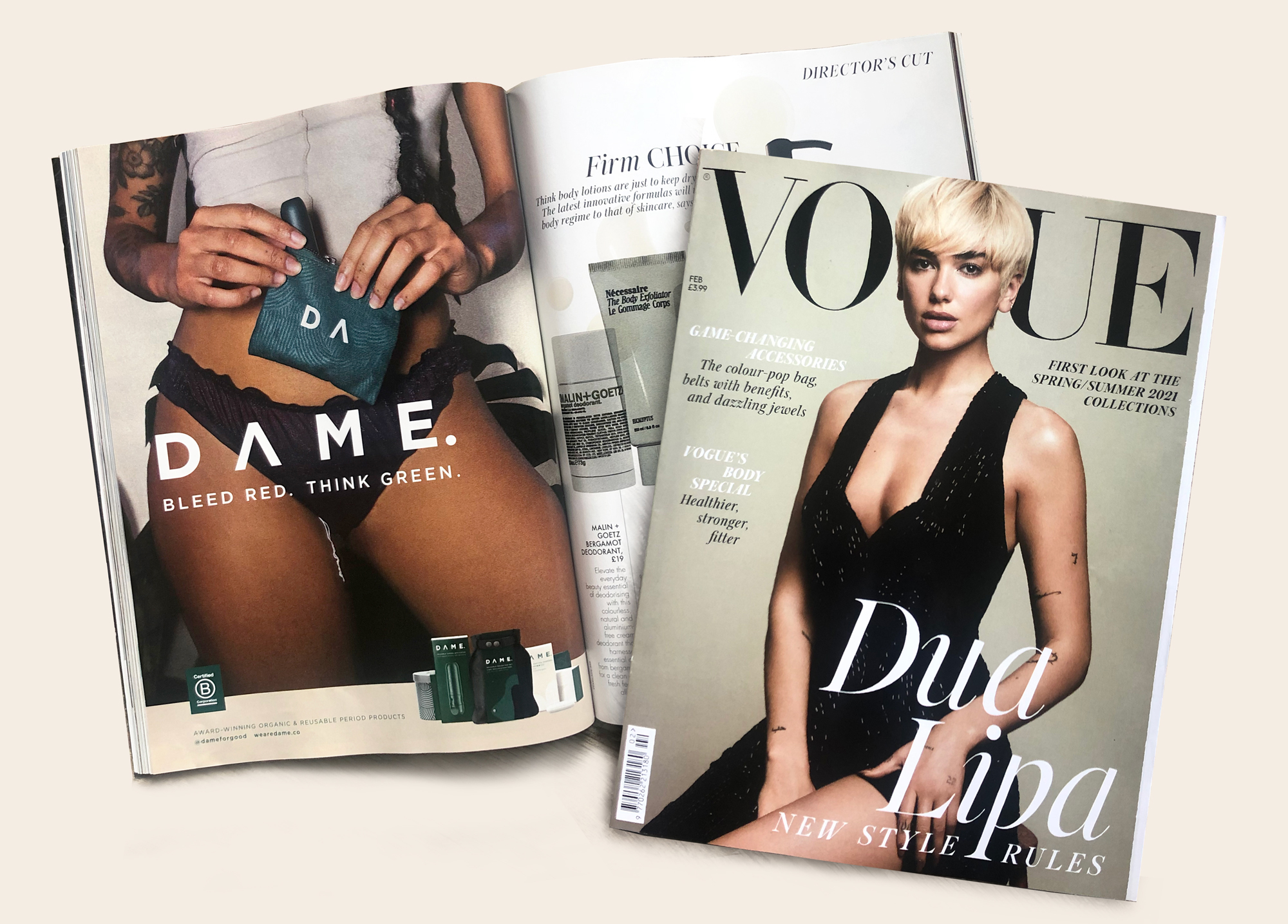 P.S. Dua Lipa, the British Vogue cover star, was interviewed by our incredible DAME collaborator Yomi Adegoke, so it's a serendipitous affair.